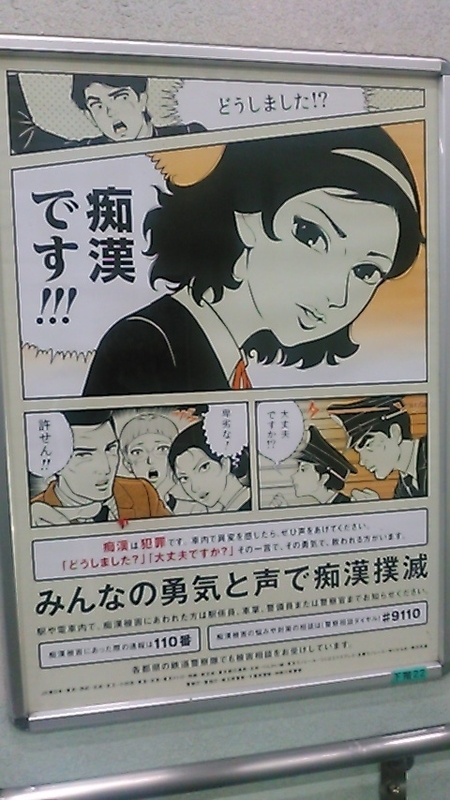 She is a cartoon beauty shouting and pointing at the groper who discreetly touching her in a tightly packed train car. Publicity campaign against sexual molesters choses not a real person but a cartoon beauty.

The gropers arrested was 283, or the cases became surface was 283 cases in 2014. Sometimes policemen, school teachers, tax collectors and other government employees were reportedly apprehended red-handed in the boxes.
« 「三越名人会 － 安藤鶴夫」旺文社文庫… (巻十六)立読抜盗句歌集 »
プロフィール